My Next interview is with the lovely and beautiful Rafaela Montanaro, she is an amazing and even better pole dancer. She has
graced the stage some some amazing performances. And sure knows how the excite a crowd.
She is an inspiration to all pole dancers……
Lets hear from Rafaela…

I was born in a family of athletes. When I was three my parents put me in gymnastics, which I did until I was 12. I quit due a knee injurie, and started to take dance classes. At the age 16 I joined a local circus school. I also did a lot other sports on the side, like pole vault, and kung-fu! I made it to the national wushu ( a kind of kung fu) team in 2006!
In 2008 I graduated from college in physical education, and found pole at the next year

How long have you been doing pole dancing?

The moment you realised you love pole dancing?

When I first saw it! it was Felix Cane in Miss Australia 2006. I thought : hey I think I’d love to do that!

I don’t think it’s up to me to describe my style… I just do what I think it’s going to be the most impressive for the audience. Those who watch can say what my style is, better then me.

The one I call Hellspin.

Tools of the trade, what can’t you live without when pole dancing?

Chalk!!!!!
Like the one they use in gymnastics, circus, wall climbing…. I guess it’s because of my past, but that’s the only grip that works for me!

Any hobbies or passions outside of pole dancing?

Does faceboook count as a hobby?

Growing up I wanted to be a…..

Favourite things of all time:

Book: It from Stephen King

Thank you so much it has been great hearing your story. 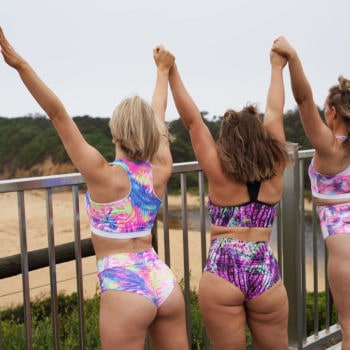 ENTER YOUR EMAIL AND GET

Be the first to know about our exclusive items, new products, and special promotions.